Only one narrator ever attempted to explain to me why all the [Cree] stories begin: ‘Wisahkitchak was walking.’ This narrator explained that because they were growing up, he could tell his child audience the beginning of the story.

This is the beginning of the story and end. The rest of the stories about Wisahkitchak branch off on his travels; this story is the roots. Nobody has ever heard that Wisahkitchak stopped walking so he must still be looking for that coyote.

In the new book I have included some very old stories which I wrote from memory, the way I heard them a long time ago. Memory is tricky – memory for certain facts or details is probably more imaginative than anything, but the important thing is to keep the feeling the story has. I never forget that: the feeling one has of the story is what you must strive to bring forth faithfully.

Leslie Marmon Silko (from the Pueblo of Laguna, in Nuevo México) in a 1979 letter to the poet James Wright, in L. M. Silko and J. Wright, The Delicacy and Strength of Lace, edited by Anne Wright, Saint Paul, Minnesota: Graywolf Press, pp. 69-70

Illustration inspired by an Andean drawing 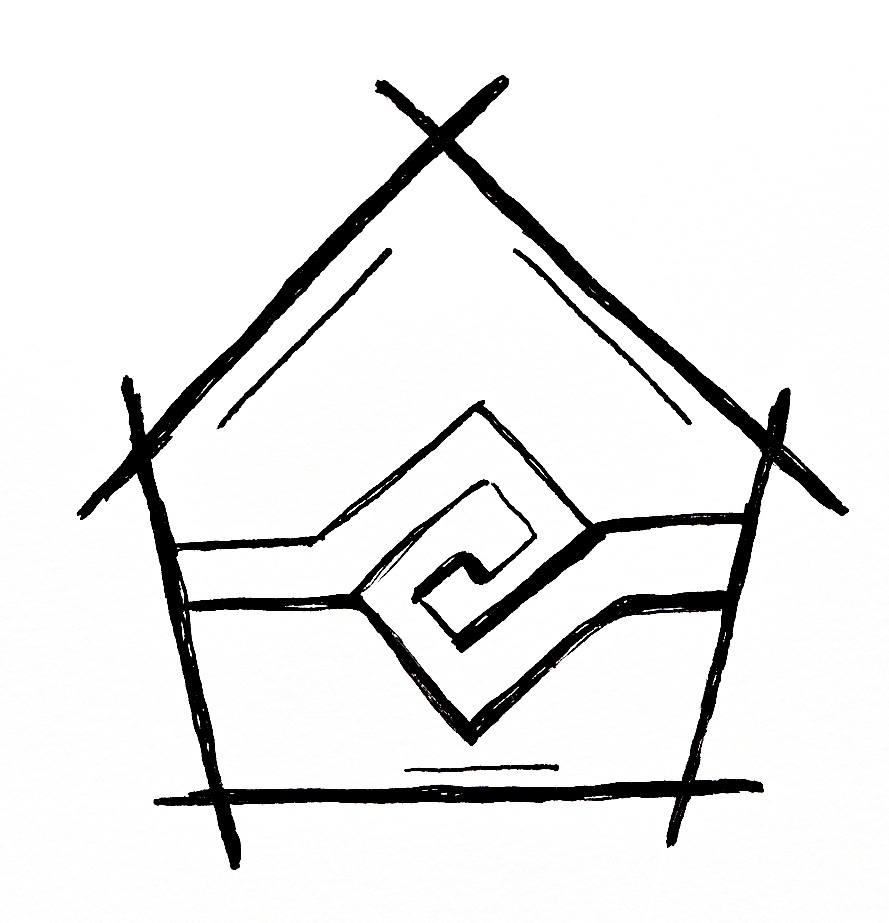 These are all the matters we need to know. It’s too easy to become sick, because there are always things happening to confuse our minds. We need to have ways of thinking, of keeping things stable, healthy, beautiful. We try for a long life, but lots of things can happen to us. So we keep our thinking in order by these [string] figures and we keep our lives in order with the stories. We have to relate our lives to the stars and the sun, the animals, and to all of nature or else we will go crazy, or get sick.

Words of a Navajo storyteller, recorded by Barre Toelken and included in his book The Dynamics of Folklore, Boston: Houghton Mifflin, 1979, p. 96

Illustration inspired by the logo of the Kalevala Society 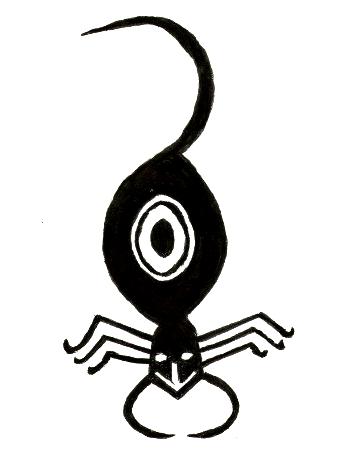 It can be safely asserted that there exists no aboriginal tribe in the world where the narrating of myths is not confined to a small number of specifically gifted individuals. These individuals are always highly respected by the community, and they are permitted to take liberties with a given text denied to people at large. In fact they are sometimes admired for so doing. While unquestionably the accepted theory everywhere is that a myth must always be told in the same way, all that is really meant by theory here is what I have stated before, namely, that the fundamental plot, themes and dramatis personae are retained. In short, no marked departure from a traditional plot or from the specific literary tradition is countenanced. The liberties that a gifted raconteur is permitted to take with his text vary from myth to myth and from tribe to tribe and, within the tribe itself, from period to period.

Among the Winnebago, the right to narrate a given myth, that is, a waikan, belongs, as I have already indicated, either to a particular family or to a particular individual. In a certain sense it is his ‘property’, and as such often possesses a high pecuniary value. Where the myth was very sacred or very long, it had to be purchased in installments. The number of individuals, however, to whom it would be sold was strictly limited, because no one would care to acquire the right to tell a myth out of idle curiosity nor would it be told by its owner to such a one. What actually occurred was that a waikan passed, through purchase, from one gifted raconteur to another.

This meant that its content and style, while they may have been fixed basically and primarily by tradition, were fixed secondarily by individuals of specific literary ability who gave such a waikan the impress of their particular temperaments and genius. That they would attempt to narrate it as excellently and authentically as their most gifted predecessors had done stands to reason. The strict conformists and ‘classicists’ among the raconteurs would manifestly try to preserve the exact language of a predecessor. However, fidelity was not demanded of him. In fact, an audience generally preferred and valued a raconteur in terms of his own style and phrasing, that is, in terms of his own personality. We must never forget that we are not dealing here with narratives that were written down. Every narrative was, strictly speaking, a drama where as much depended upon the acting of the raconteur as upon his actual narration. This may seem an unnecessarily elementary point for me to stress, but it is frequently forgotten.

On the narrative tradition of the Winnebago , a Native American of the Great Lakes region; Paul Radin, The Trickster: A Study in American Indian Mythology, New York: Philosophical Library, p. 122-123

Illustration inspired by a drawing from The Hohokam

You could be sitting in your lodge in a winter camp in a storm, snow blowing, and all of a sudden –’cause we didn’t knock on doors– all of a sudden the door flap parts and in crawls this guy with snow all over his hair and coat, shaking the snow off, and it would be a storm fool who’ just come out of the storm. [These storm fools] wandered about from camp to camp telling stories, bringing news. They were definitely regarded as medicine people, elders. They were seen as just a little mad –that’s why they were called “storm fools”. 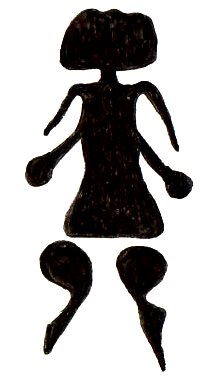 As has been stated, [among the Skidi Pawnee of North America] these traditions, along with the rituals, are regarded as personal property. They have been paid for by the owner, and consequently, according to his belief, now form an intrinsic part of his life. As he tells them he gives out from himself a certain part of his life, levying a direct contribution upon its termination. Thus, as one middle-aged individual exclaimed, ‘I cannot tell you all that I know, for I am not yet ready to die;’ or, as an old priest expressed it, ‘I know that my days are short. My life is no longer of use. There is no reason why I should not tell you all that I know.’

Illustration inspired by a rock art painting in the Northern Cape, South Africa

Narrative performances varied on another dimension as well – that of explicitness and length. An admired narrator could spin a story to any length desired by filling in detail, but could also convey the essence of a story in brief. [. . .] Those who already knew the stories would have them brought to mind by the details that were given. The assumption that a part stands adequately for the whole remains alive, and people who credit one with knowledge of the stories sometimes act surprised that one has to ask about a detail that had not been given. [. . . ] A story ends, as a story and an event, but the body of narrative and the world of stories is unending.

Illustration inspired by ostrich egg decoration of the Bushmen people 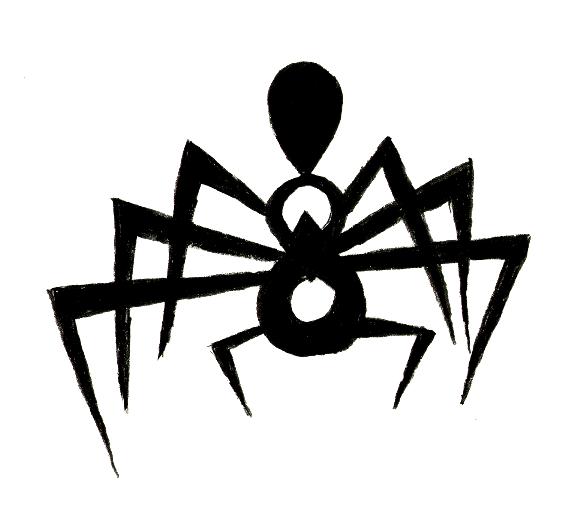 Drawing of Anansi, the spider from the Ashanti people 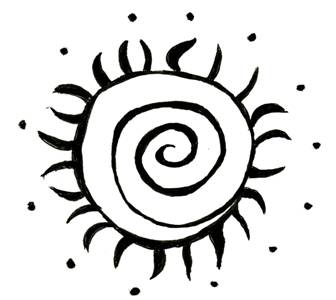 Wisdom sits in places. It’s like water that never dries up. You need to drink water to stay alive, don’t you? Well, you also need to drink from places. You must remember everything about them. You must learn their name. You must remember what happened in them long ago. You must think about it and keep on thinking about it. Then your mind will become smoother and smoother. Then you will se danger before it happens. You will walk a long way and live a long time. You will be wise. People will respect you.

Illustration inspired by a drawing of the Huichol people of Mexico 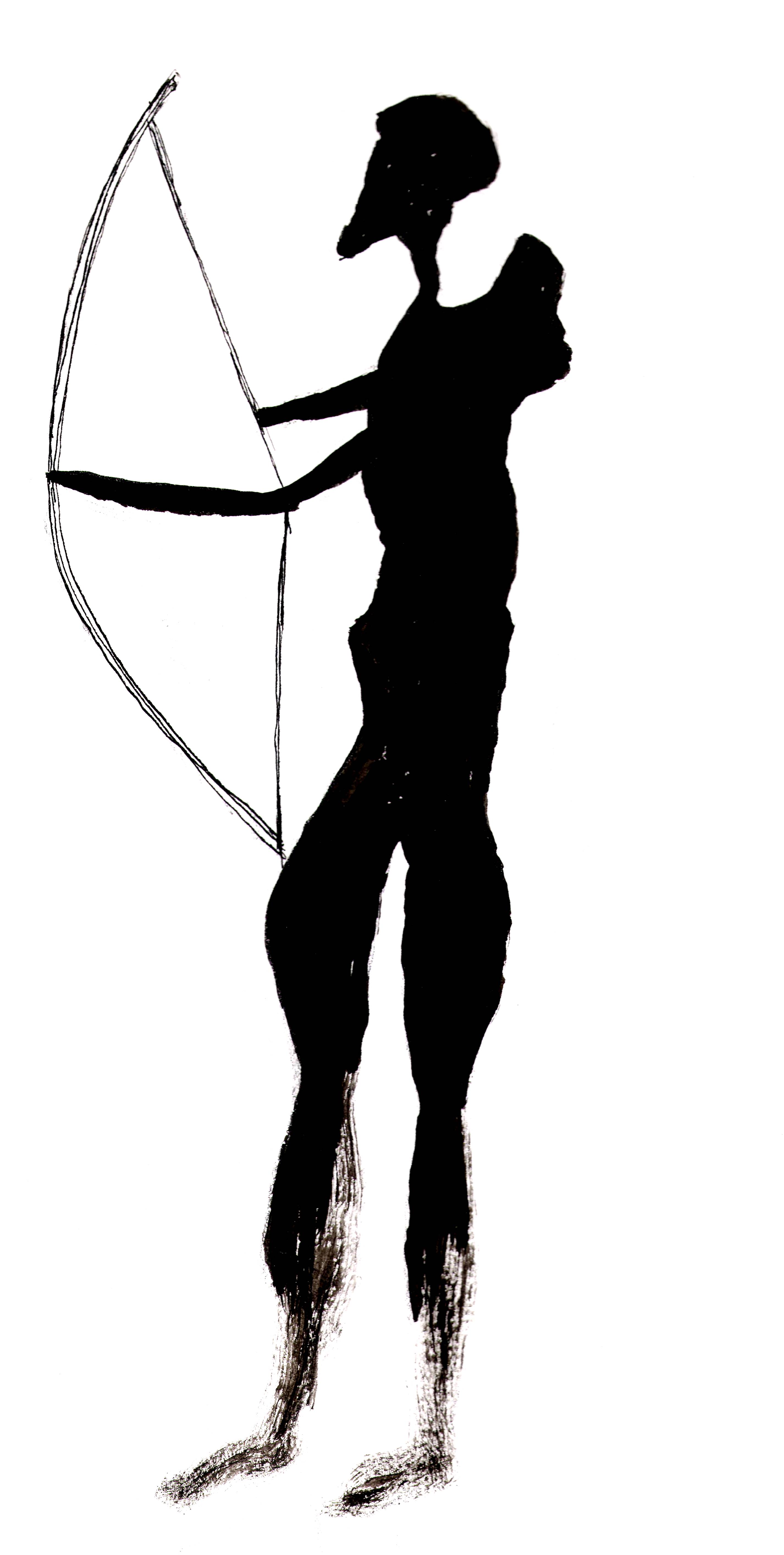 I have found the key to the system of marriage (in the old days) among distant relations, a matter which puzzled me last year. At marriage a certain portion of bride’s father’s ancestral story (smaiusta) is transmitted to the husband, e.g. the right to carve or paint a raven on a food box. Unless repurchased this remains in the husband’s family, but as the smaiusta is transmitted it is always remembered that a part of it is in another family and a son, grandson, or other descendant of the wife’s father will seek to regain it by marrying a woman of the other family. As the Bella Coolas express it a man always ‘hunts’ when marrying to get back pieces of his smaiustas.

Illustration inspired by a Bushman rock painting in the Cederberg, South Africa